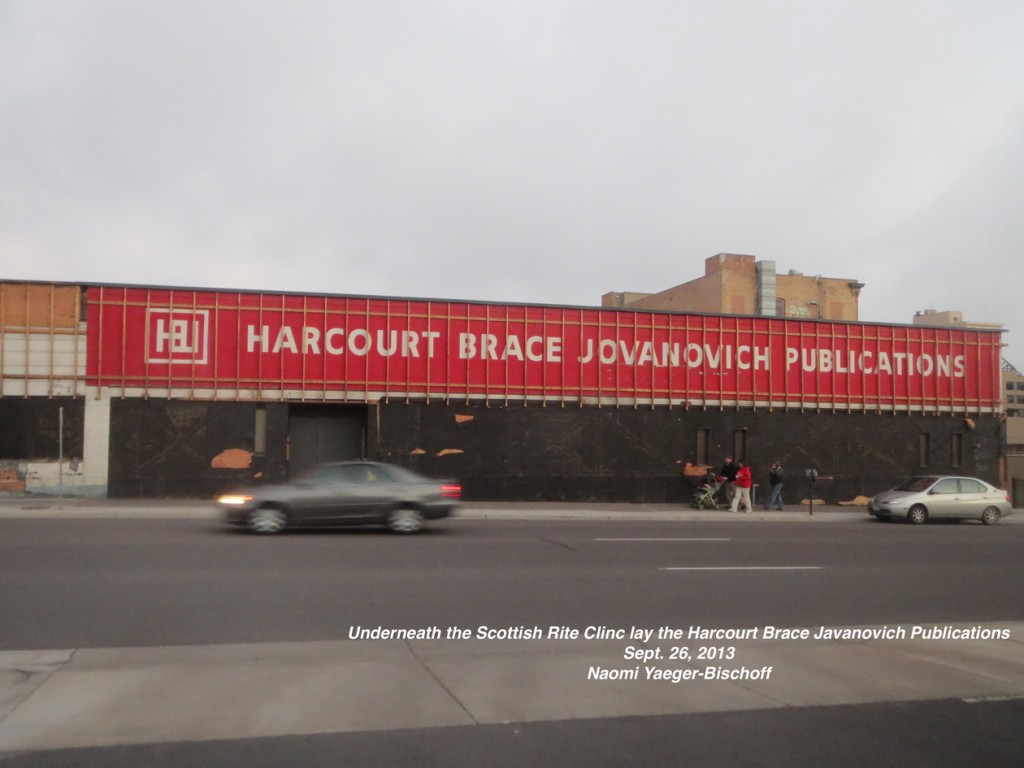 So, tonight as I was driving down the hill on 2nd Avenue West I looked to my left and thought I could see a red tiled building that I had never seen previously. I had to circle around to see what it was. It looks like the Scottish Rite Clinic, Childhood Language Disorders building has taken off its facade. It’s a building that is only one, or two stories high and takes up much of the lower block of East Second Street between First and Second Avenues. I’m not sure what Harcourt Brace Janavich Publications is. Any of your old-timers know?Â  I suspect it was a branch office for medical journals.

I found this story in the New York Times:

By THE ASSOCIATED PRESS

LEAD: Joel Labovitz, an investor based in Duluth, Minn., said that he expected to bid for the trade publishing operations of Harcourt Brace Jovanovich Inc., the publishing giant that is under heavy financial pressures as a result of its costly recapitalization program.