This window artwork livens up the Ordean Building on the corner of 5th Avenue West and Superior street. The arts is by Sarah Howes. Click on her name to see more about these windows and find her blog about the importance of Indigenous Art. If you want to see a TV broadcast story, here is the link: Ojibwe Windows at Ordean Building. 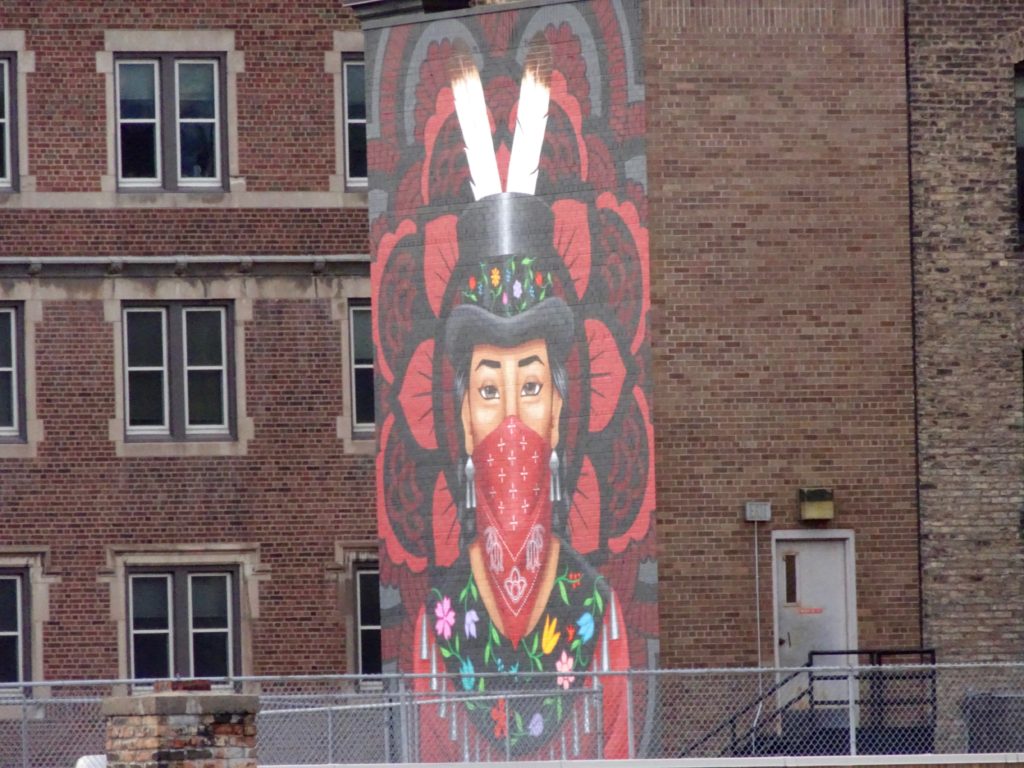 This mural is on the side of the American Indian Community Housing Organization’s building  (AICHO) in downtown Duluth. The building is on East Second Street and Second Avenue West Much of the time when I drive by it’s partly covered by a billboard, so I can’t see the whole thing. The other day I was on the top floor of the Holiday Parking Ramp and got one of the best views I’ve ever seen of it. According to the Duluth News Tribune The mural is the artwork of Votan Ik, a Mayan from Los Angeles, and his assistant Derek Brown, a member of the Diné tribe in Arizona, and was completed in partnership with Honor the Earth. Diné is the Navajo word for “The People” and is what Europeans would say is the Navajo tribe, similarly to the the Ojibwe (or Chippewa) people around Lake Superior often use the word Anishinabe