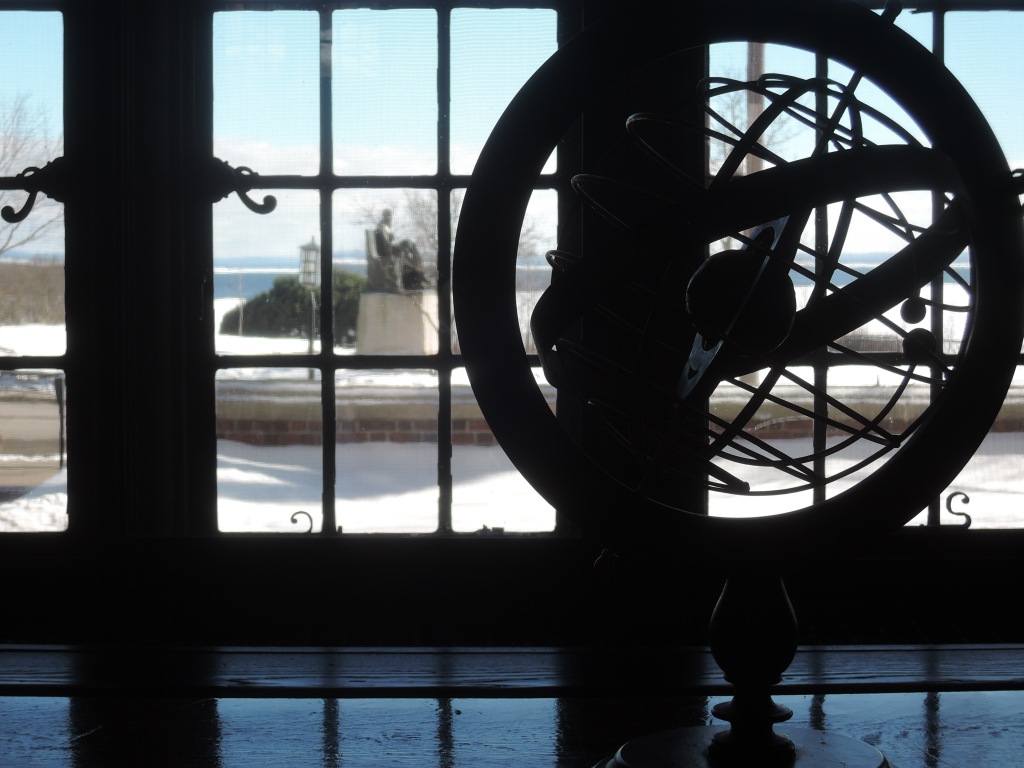 While in the Kitchi Gammi Club I noticed the the large window that was framing a statue of Rose Garden’s  Jay Cooke statue and the globe in the foreground. 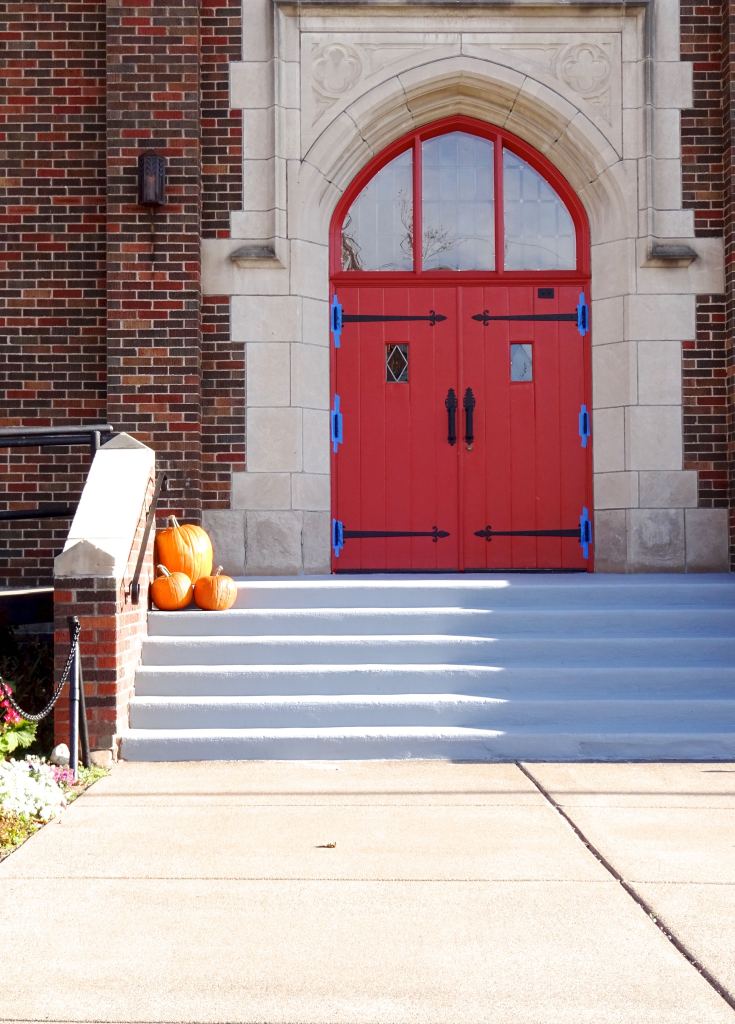 This is Trinity Lutheran Church on 11th Avenue East and 8th Street http://www.tlcduluth.org/ 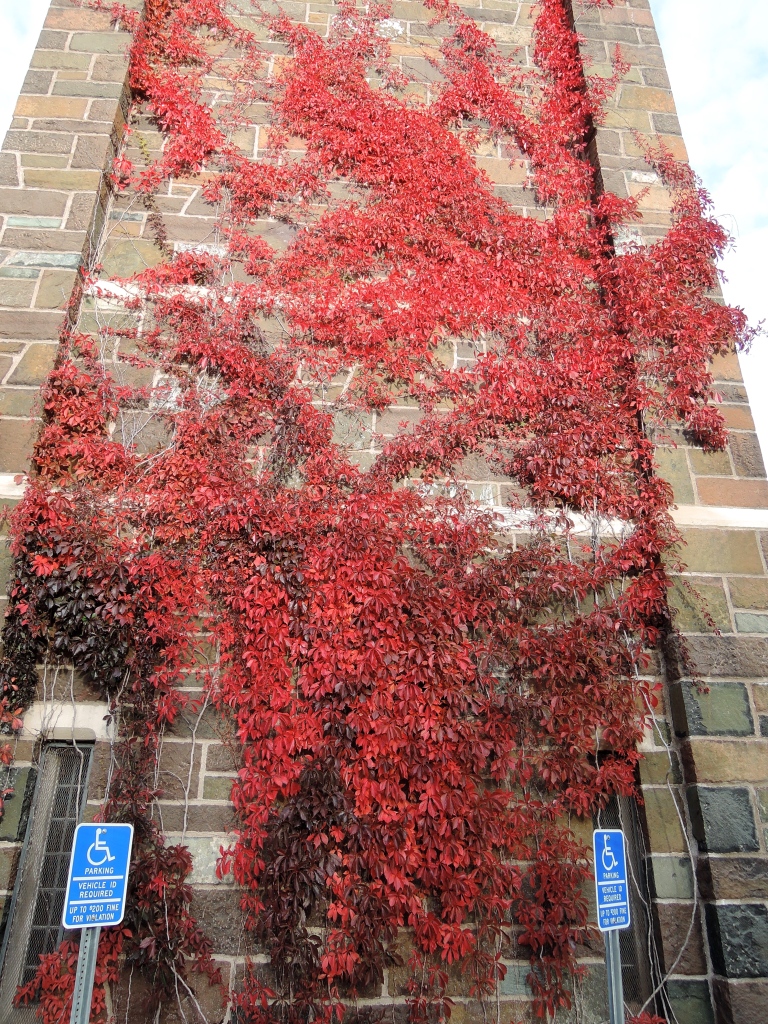 These red vines are on St. Paul’s Episcopal Church on East Superior Street.

Construction having began in April of 1912 and the first service held in it in May of 1913.

It is built in the perpendicular Gothic architectural style characterized by massive stone work inside and out, slate roof, leaded glass casement windows and truncated bell tower. The Parish House is a later addition, having been built in 1928-29.

The church itself is of typical cruciform shape having been patterned, on a much smaller scale, after Canterbury Cathedral.

I’ve taken photos of this church in the past. See these links: 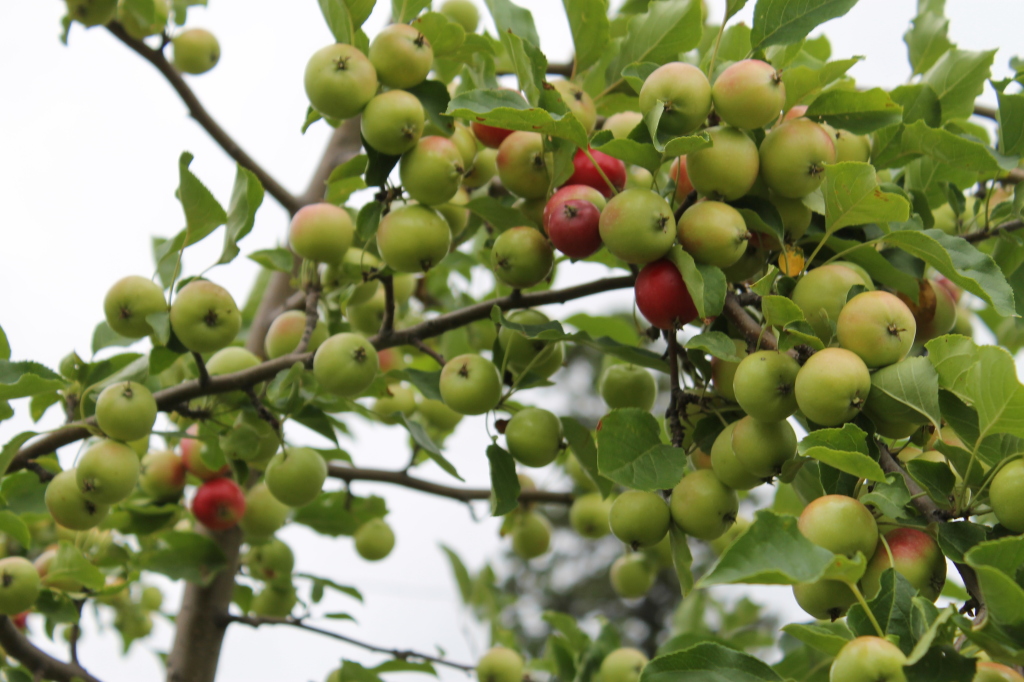 There is a cool nip in the air and the apples are beginning to ripen. This photo was taken in East Hillside.