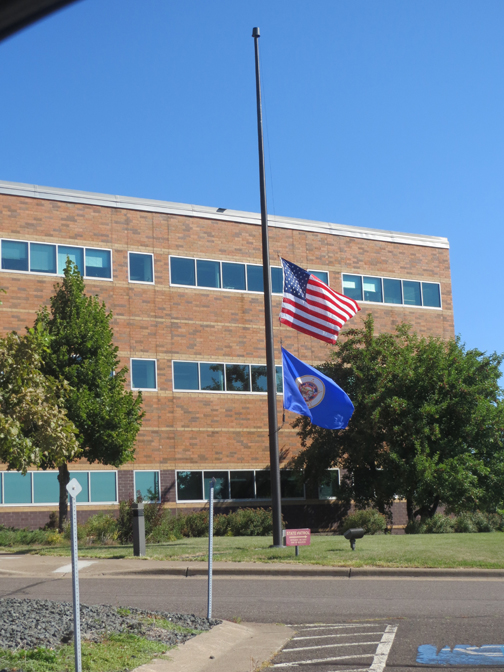 Today the flags were at half-staff in honor ofÂ  “Minnesota’s Civil War,” sometimes known as the “Great Sioux Uprising.” It is the 150th Anniversary of the U.S. – Dakota War of 1862 in which hundreds of Dakota people, American soldiers and settlers lost there lives. This happened in southwestern Minnesota where my father’s people settled. There are markers at some of the battle sites.

I took this photo at the Minnesota Department of Transportation Building on Rice Lake Road.

After this war 38 Dakota men were hanged at Mankato under orders of Pres. Abraham Lincoln, at the same time Lincoln was working to free slaves.

The Dakota people were starving and many contend that they were treated unfairly and out of desparation attacked.

An Indian Agent Andrew Myrick said to a group of Dakota, who were starving: “Let them eat grass.” That was the last straw.