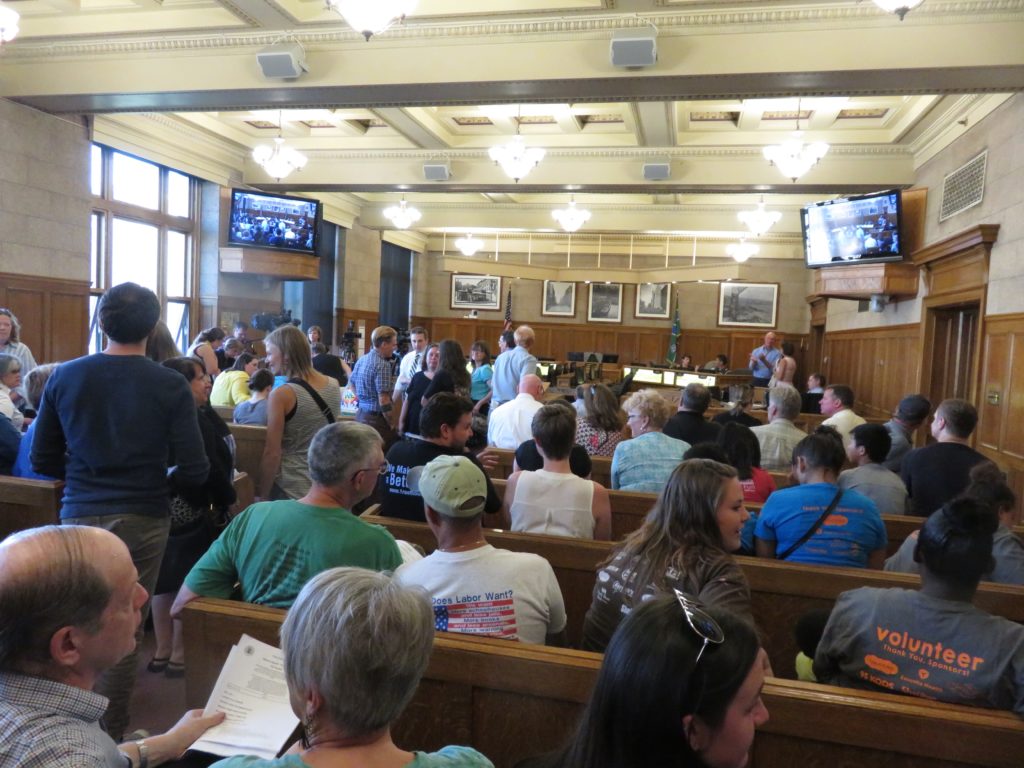 Duluth citizens filled the city council chambers to discuss earned paid time off for workers who don’t currently have any sick time benefits.  Most of them were part of a campaign for Earned Sick & Safe Time in Duluth organized by Take Action Minnesota. According to the Institute for Women’s Policy Research 46% of the Duluth workforce doesn’t have access to earned sick and safe time.

At about the middle of the council meeting citizens were given time to express their thoughts on creating a task force to study this issue. The first people to speak were the president and CEO of the Duluth Area Chamber of Commerce and the manager of Grandma’s Restaurant. They said to be careful that small employers were not driven out of business.

Individuals told their personal stories for the next two hours.

Studies show that many of the workers who don’t have access to sick time are members low income working women and minorities. Taking time for an illness or to take care of a sick family member will cause them to lose pay which in turn adds to the precarious tipping point of not being able to pay rent and on the road to homelessness.

“They give those that don’t have access to earned safe and sick time and name and a face,” said Council Em Westerlund of the numerous people who spoke.