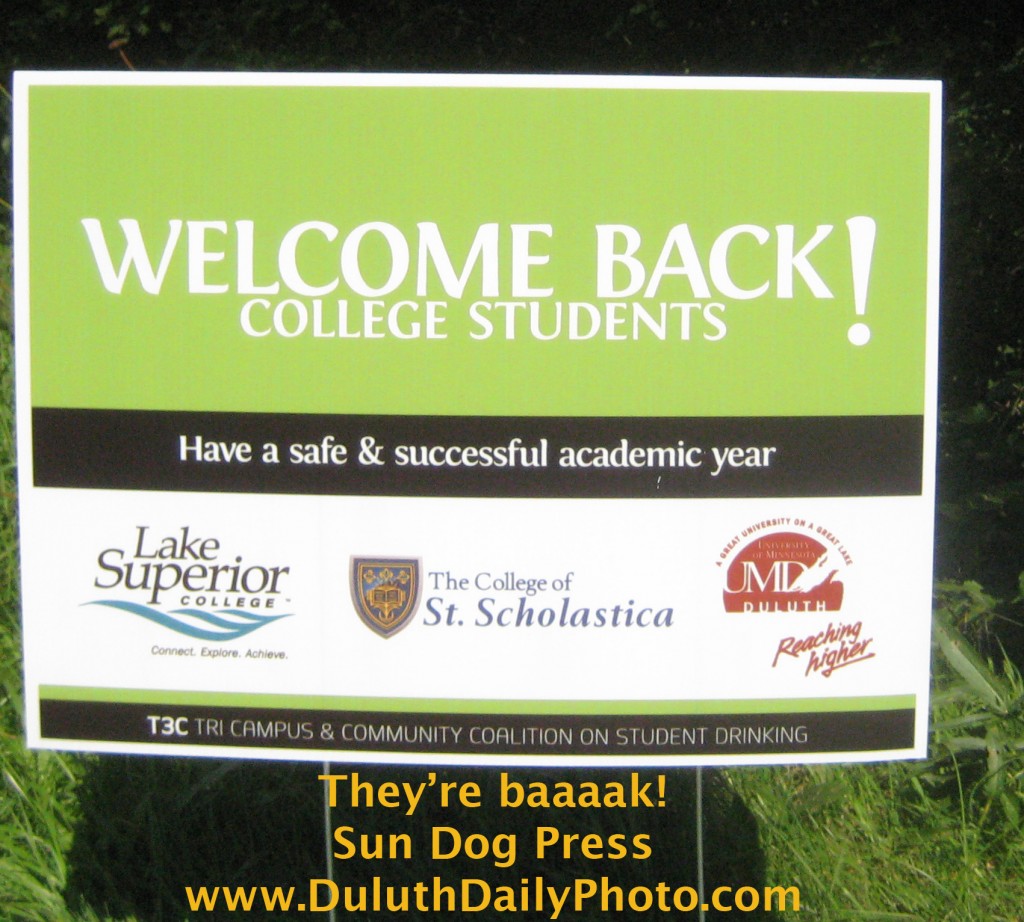 TheÂ  college students are back! With the decline of industry, Duluth depends on its college students. We have three colleges:Â  Lake Superior College,Â  College of St. Scholastica andÂ  University of Minnesota Duluth. People have mixed feeling about the students. The colleges keep our town full of vitality, but in some neighborhoods the rate of home ownership verses rental to college students is very high. And with no parents supervising these young adults, parties at all hours of the night abound, as well as unkempt yards.

Their man focus is to prevent student death and other related problems due to too much drinking. This is from their website:

Alcohol overdose is a consequence of heavy drinking and is not fully understood by students.Â  Blood alcohol concentration (BAC) is likely to continue to rise after the drinker has “passed out”. Having the drinker lie down and “sleep it off” is potentially dangerous because it could result in the drinker dying of Alcohol Poisoning.Â  The other likely cause of death associated with alcohol overdose isaffixation resulting from the drinker choking on vomit.

Promotional efforts are aimed at having students ALCOHOL OVERDOSE – make the call – 911 A public awareness campaign aimed both at college students and at the general public is underway.Â  This campaign is intended to encourage calling 911 if the symptoms associated with alcohol overdose are present.Â  The symptoms are summarized on refrigerator magnets distributed to students at the three Duluth campuses.Â  In addition to the magnets, the symptoms will available on a wallet card.