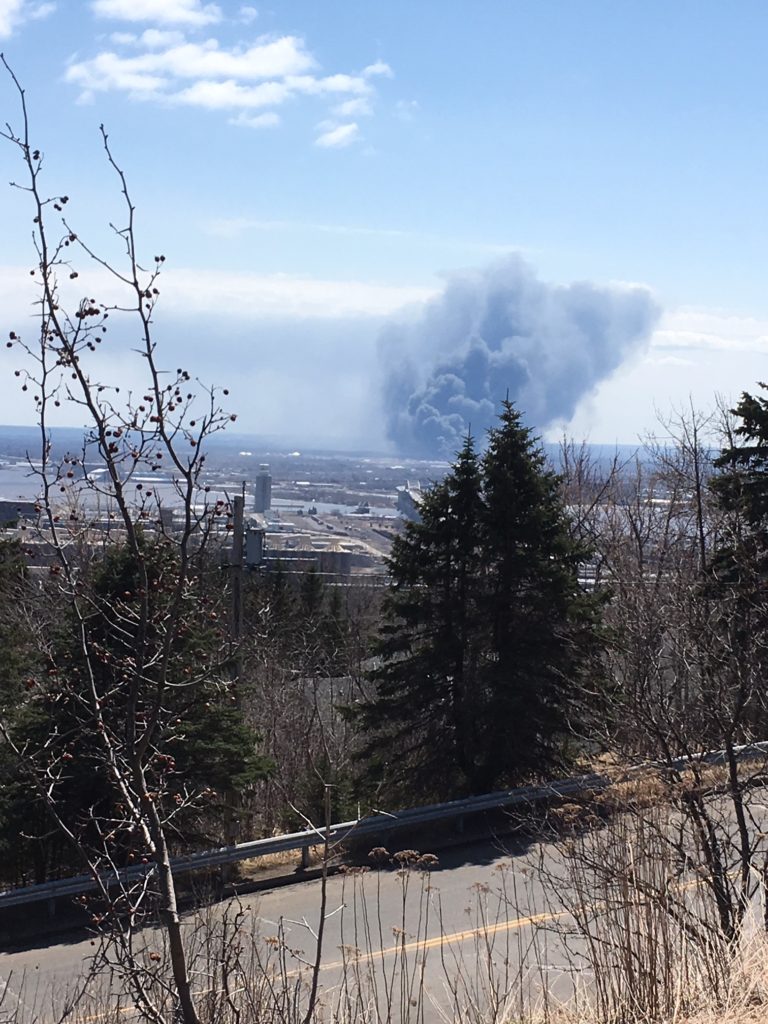 As I was on my way to a meeting I noticed a smokestack in Superior with a little black smoke coming out of it, and a little flame in the smokestack. By time my meeting was over the same area was billowing with black smoke. Superior residents said the explosion rocked their houses. Residents were ordered to evacuate.

According to the Duluth News Tribune: A series of explosions and fires rocked the Husky Energy oil refinery in Superior Thursday, sending a black plume of acrid smoke across the city, forcing massive evacuations and sending several people to local hospitals. 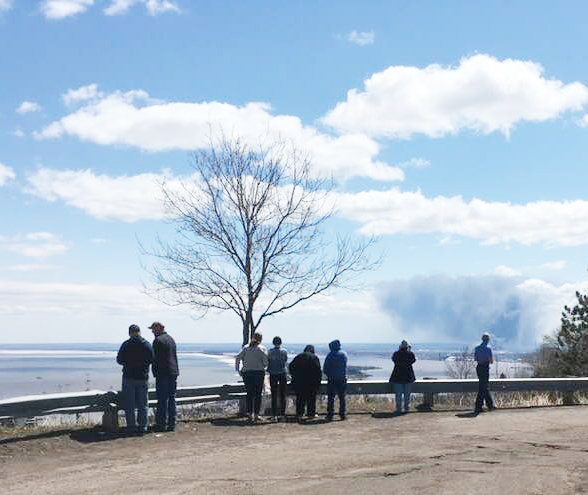 Groups of people, some of them from Superior gathered at the Coppertop church to watch the smoke. One woman cried in relief as she knew her whole family was safely in Duluth. 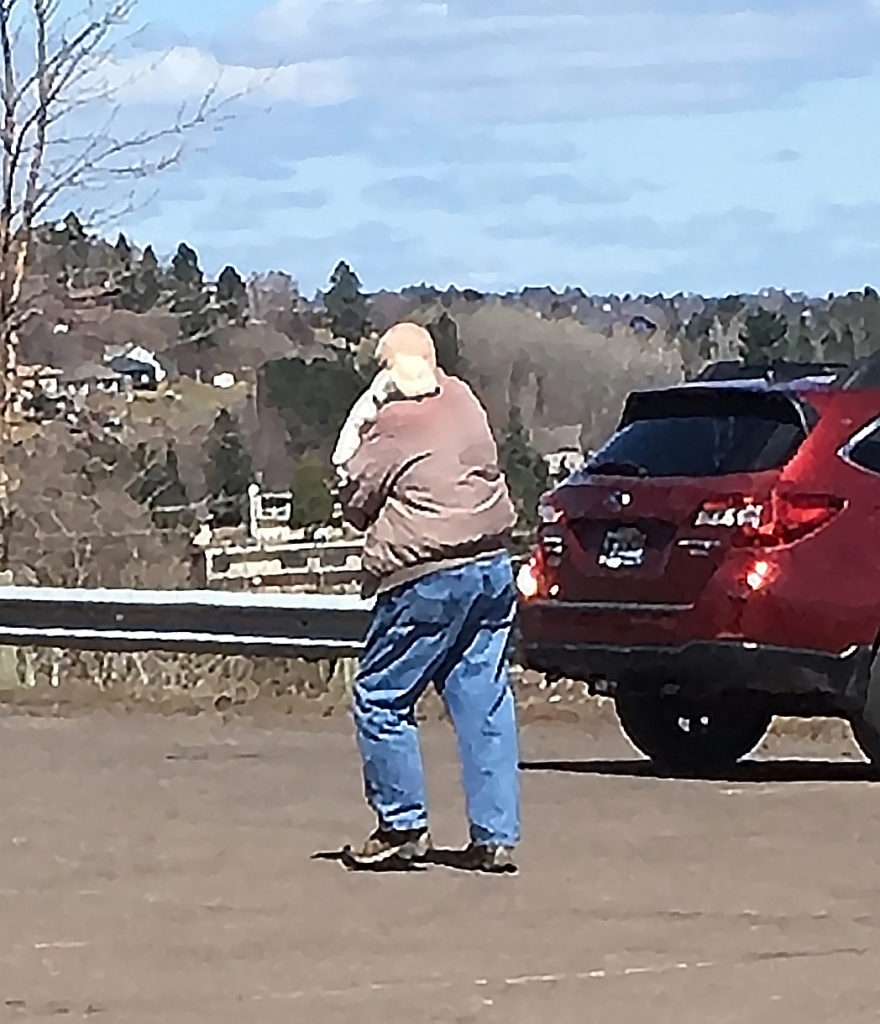 This man is carrying a dog. The dog is resting on his shoulder. I think the man is a Superior resident who came to the Coppertop parking lot to see the billowing smoke.