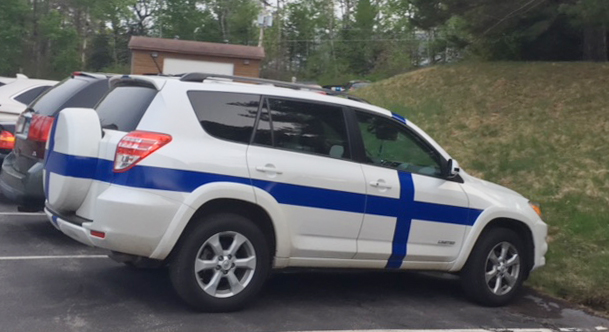 Amerikansuomalaiset is the Finnish word for Finnish Americans.

Duluth is one of the few towns in the United States with a notable Finnish population. I’ve seen this car previously, but just had to take a photo tonight. It was like the car was right in front me saying “I’m proud of my Finnish Heritage.”  The Finnish flag is a blue cross against a white background.

Currently, more than one third of Duluth population, which identifies as from European ancestry trace that ansectory to Finland.

From Wikipedia: (In Duluth)  For decades, a Finnish-language daily newspaper, Päivälehti, was published in the city; it was named after the former Grand Duchy of Finland‘s pro-independence leftist paper. The Finnish community of Industrial Workers of the World(IWW) members published a widely read labor newspaper Industrialisti. From 1907 to 1941, the Finnish Socialist Federation and then the IWW operated Work People’s College, an educational institution that taught classes from a working-class, socialist perspective. 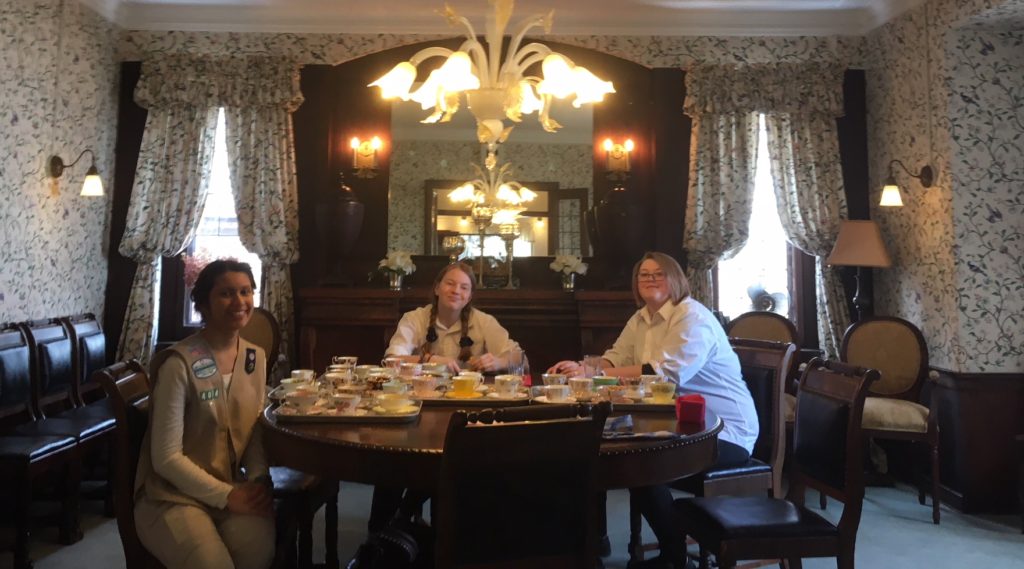 The Duluth League of Women Voters held an Equali-Tea event at the Duluth Women’ Club on Saturday.  The Women’s Club is an old mansion converted into a clubhouse. It has many beautifully and stately decorated rooms. The club is rented out for many events. Seen here are Girl Scouts who helped serve at the tea. 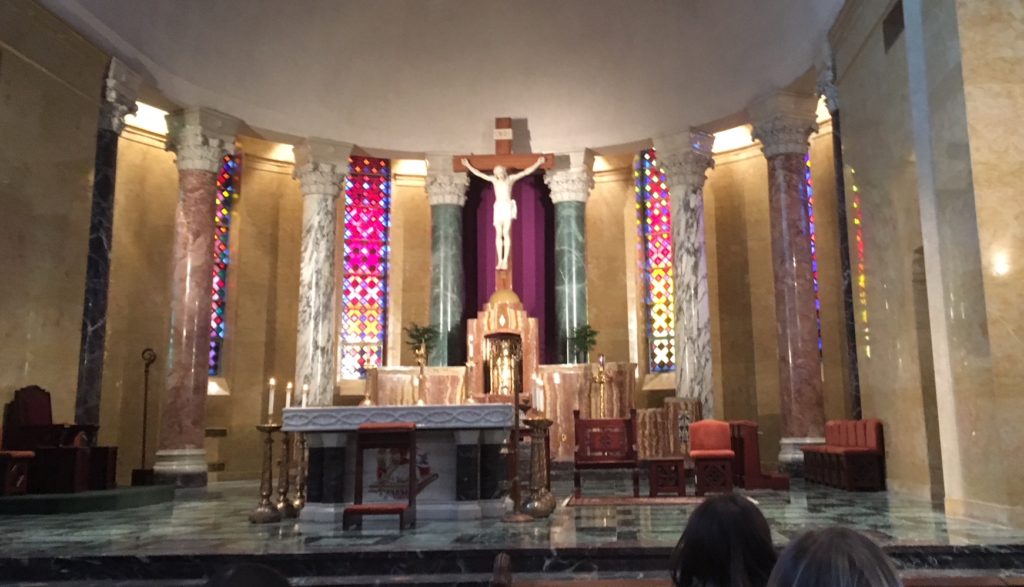 Evening light shining through stained glass windows between marble columns was stunning on Wednesday evening. This was taken at the Cathedral of Our Lady of the Rosary

It’s wonderful that sunlight is with us a little longer in the day. During the service the sun set and the stained glass wasn’t quite as stunning. 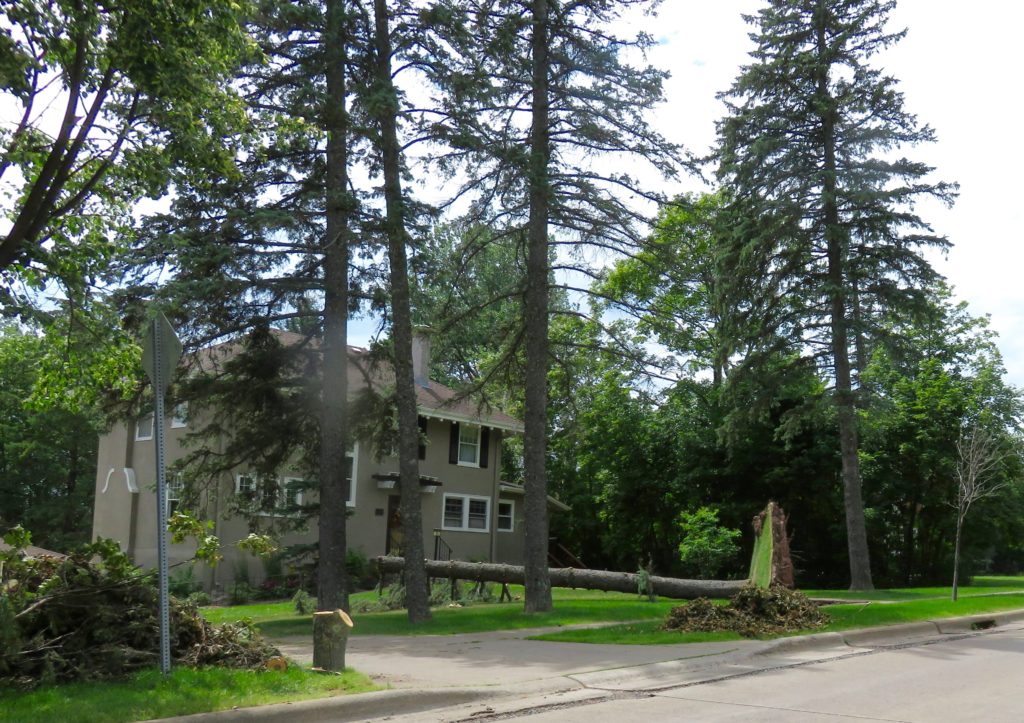 This house is in the Congdon Neighborhood.

A whimsical display on a front yard in the 2300 block of Congdon. 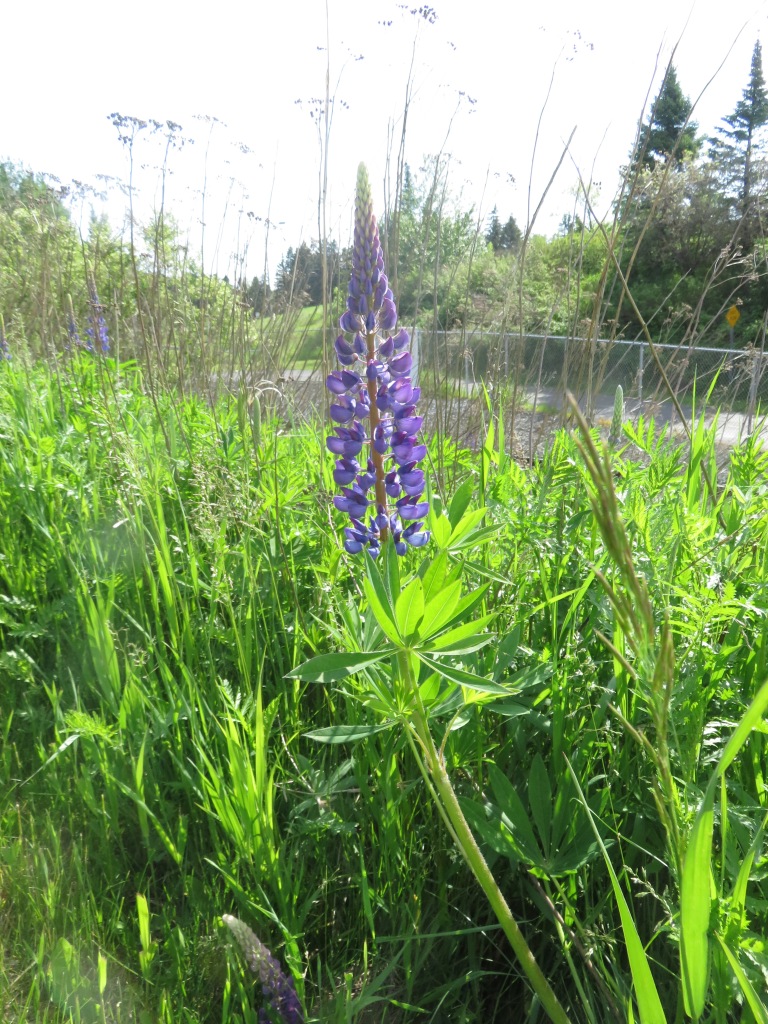 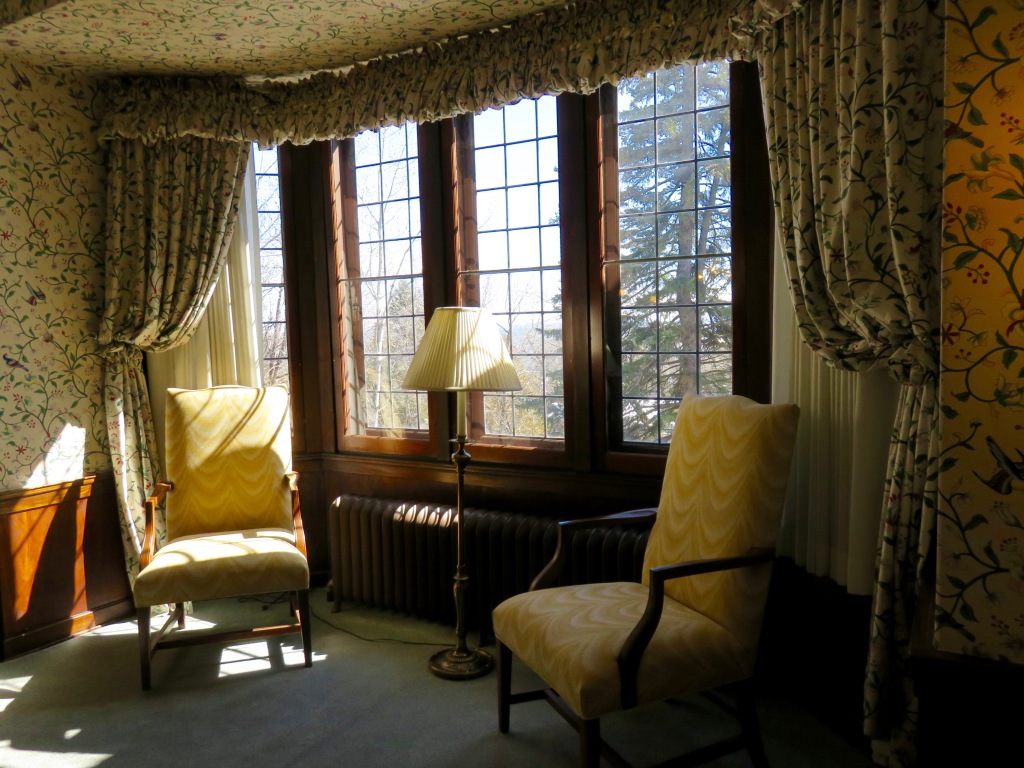 Today I attended a tea, which was held at the the Duluth Women’s Club, and old mansion on East Superior Street.

This is one of the rooms. This window has a view of  Lake Superior. 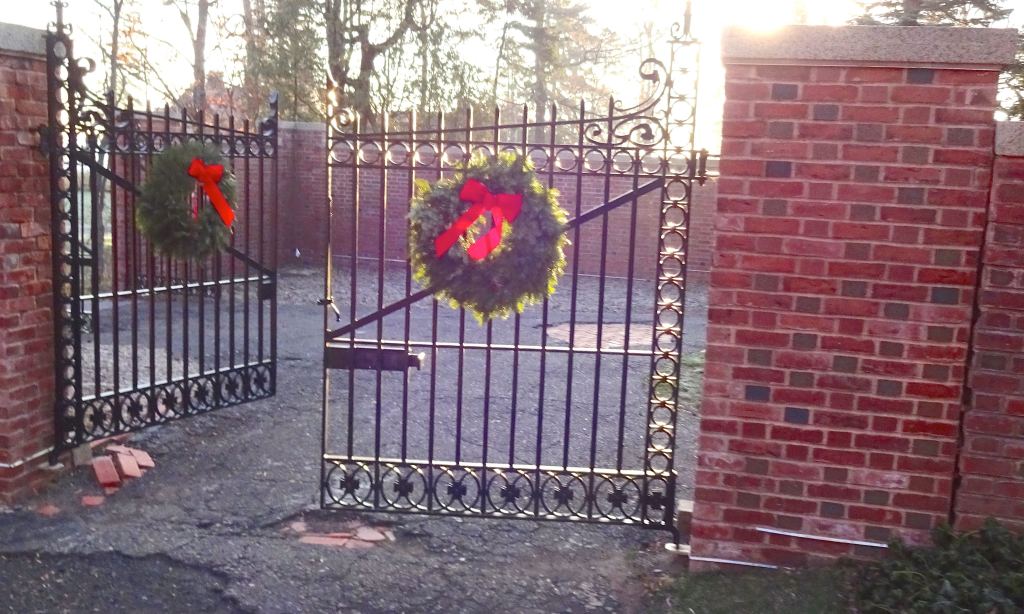 This photo was actually taken last Friday at the Glensheen Mansion. Notice that there is no snow.