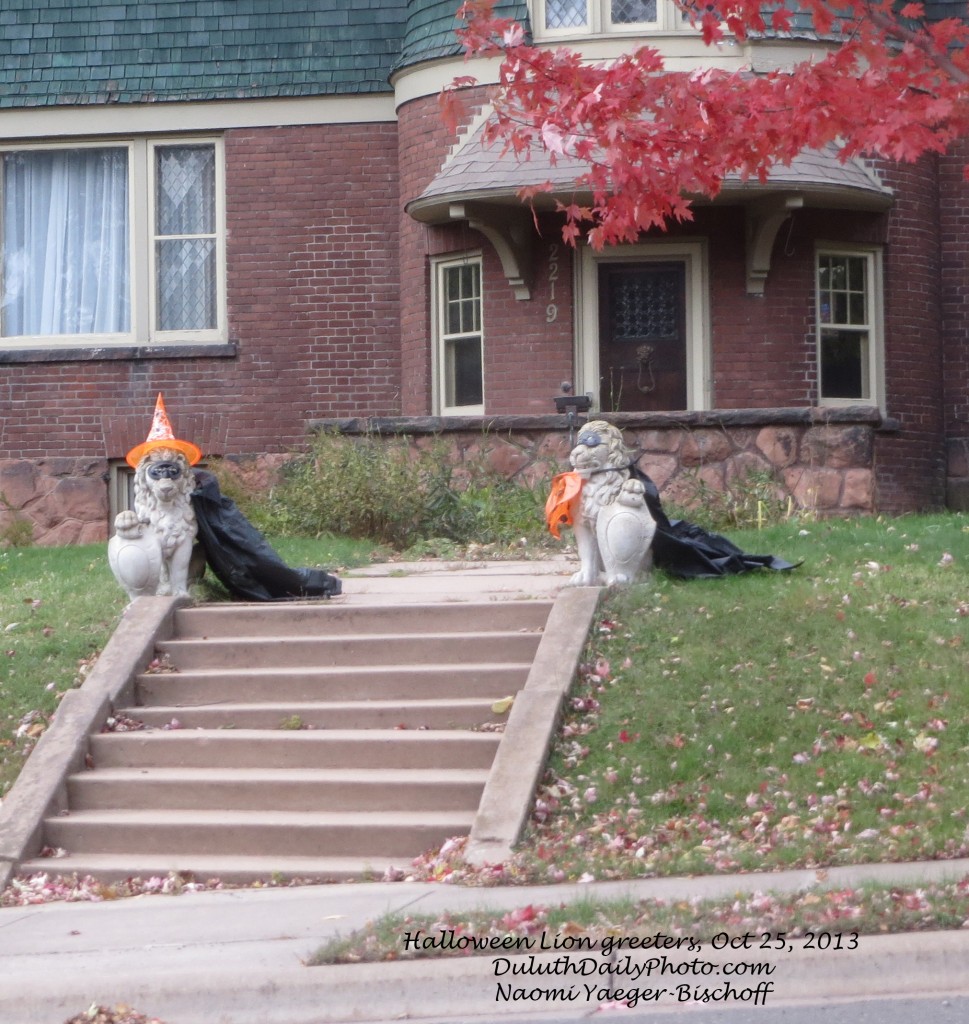 This house is on Superior Street. Looks like they are ready for Halloween.

I take many photos each day. I’m having trouble with my card reader and I’m unable to get the photos out of the camera and upload them for you. 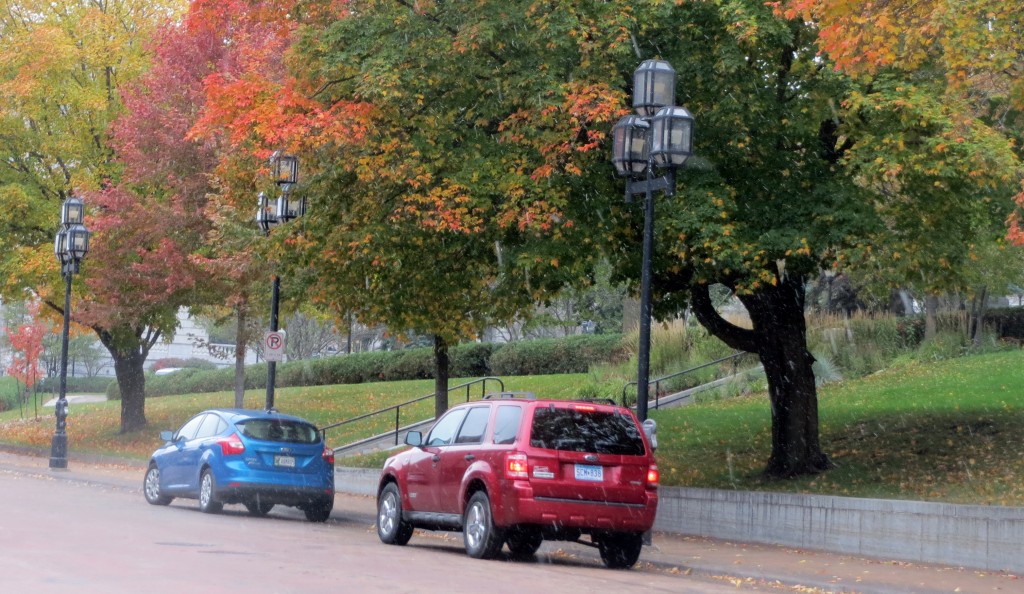 A little snow and a little color. I can’t believe that these trees a so slow in changing colors. Look closely and you can see the snow falling. It melted as soon as it fell. 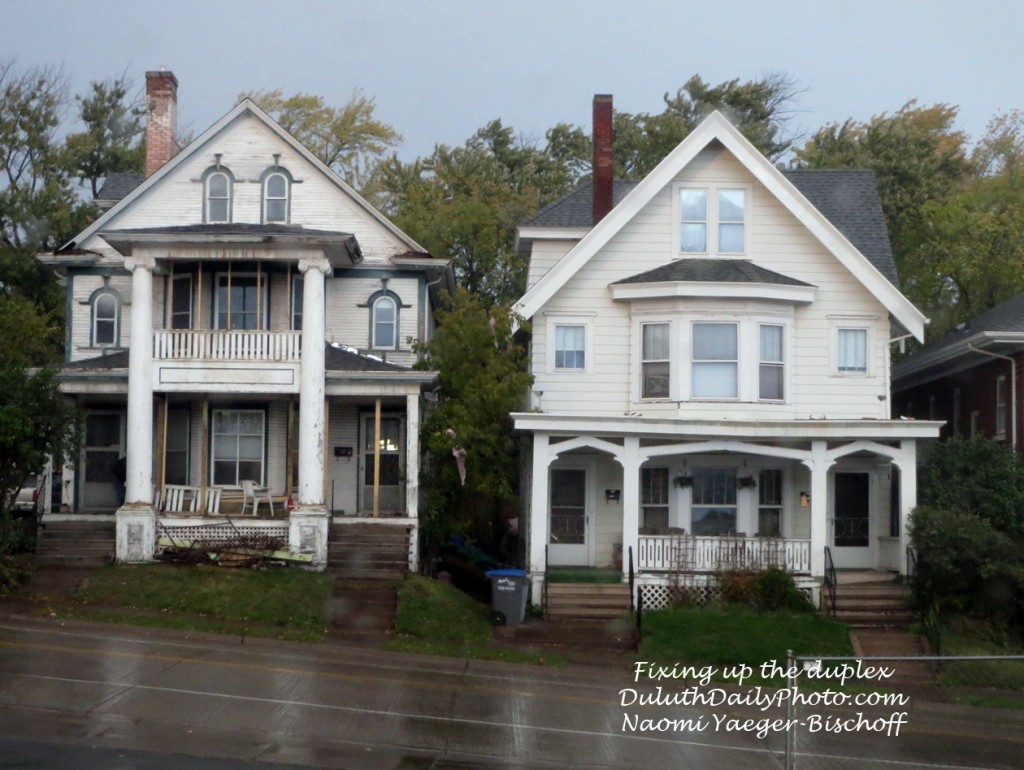 We’ve always liked these duplexes on 12th Avenue South.Â  I’m glad to see they are “spiffing” the one on the left up. 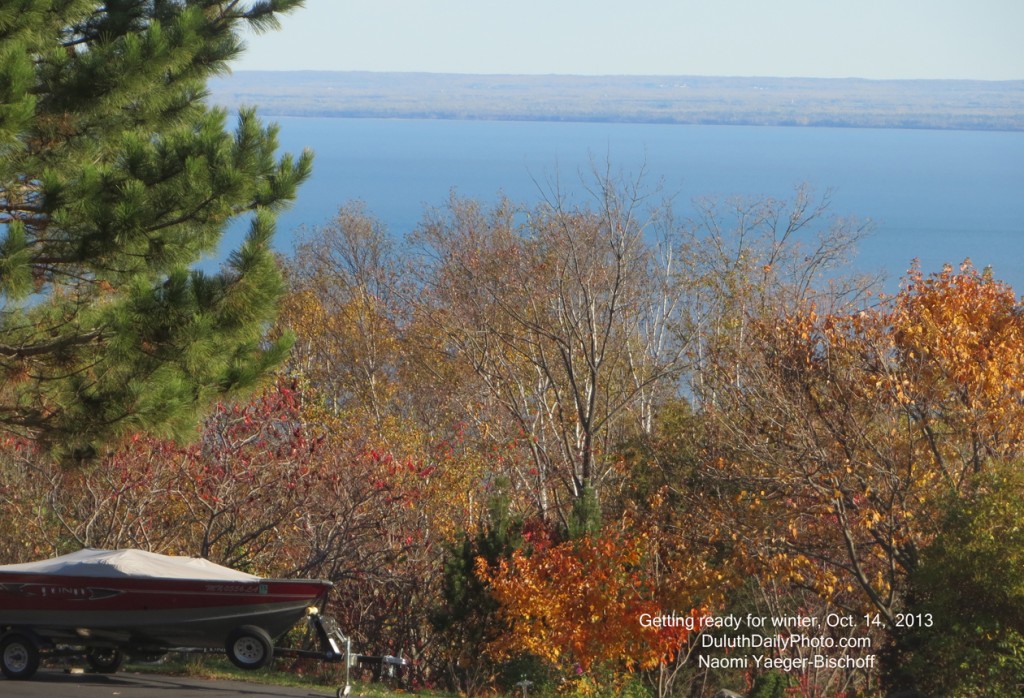 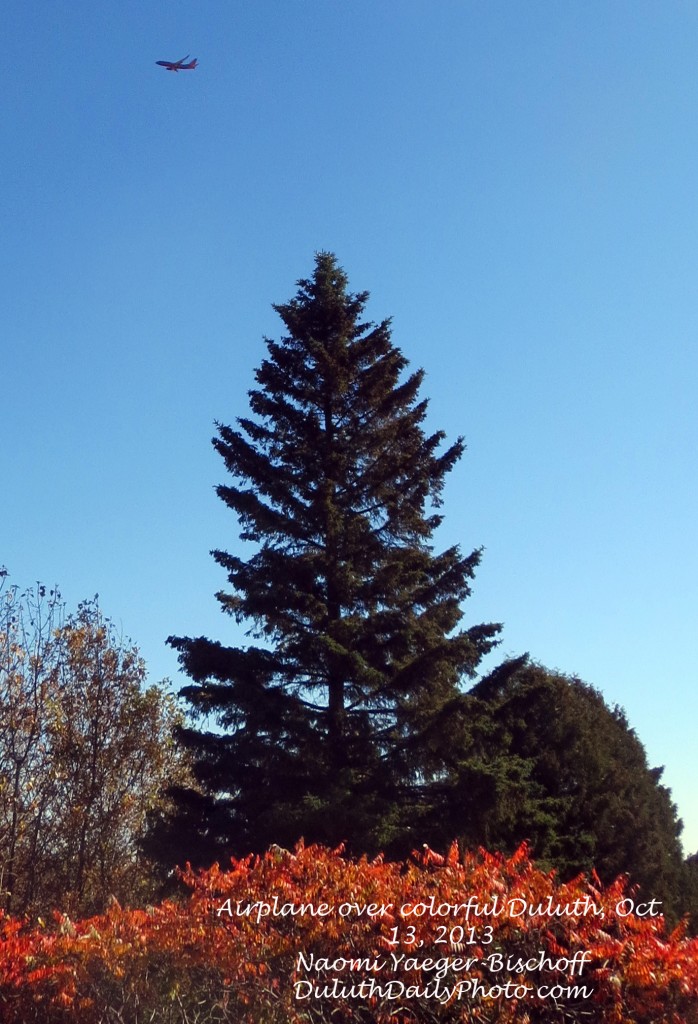 I was walking and noticing the pretty orange-red summac when I noticed an airplane directly over the high evergreen.

I like the way these tress make a canopy over the brick sidewalk. I wonder what colors they will turn. 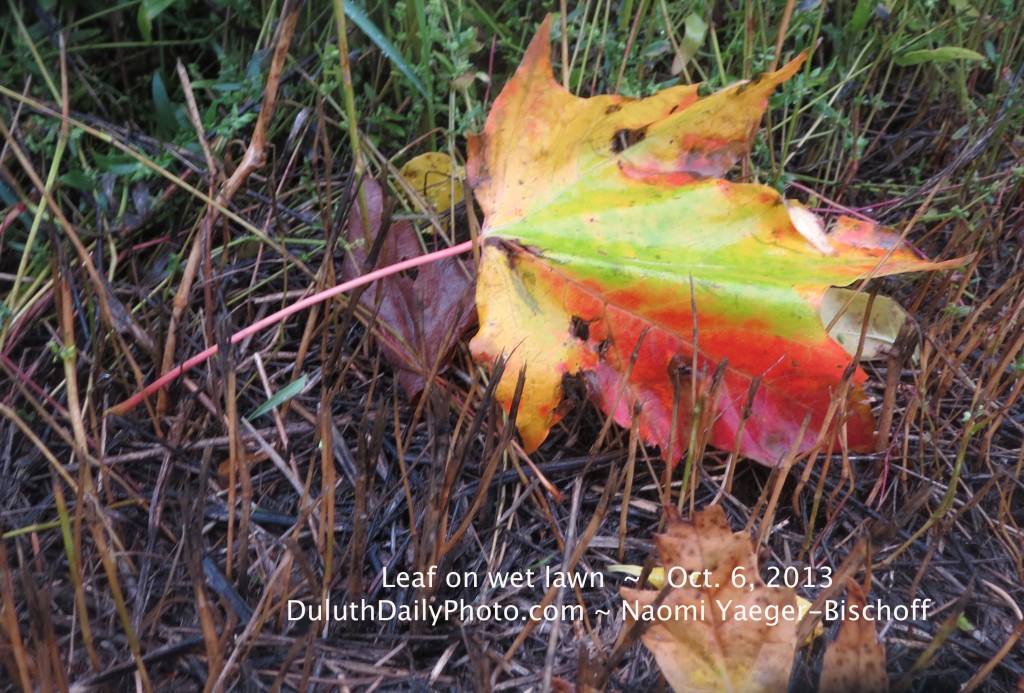 This leaf symbolizes the weather in our town. We have leaves of all colors some still green, some brown, some red and today it is raining. 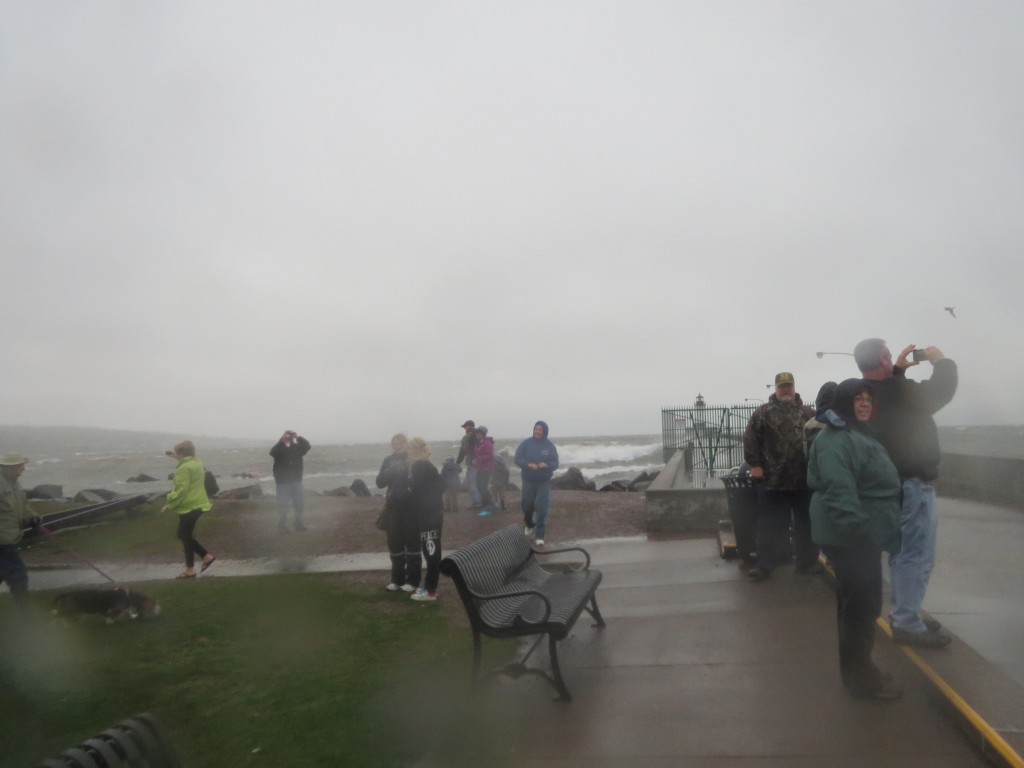 It was an icky day with wind and rain, but crowds gathered at the canal and the atmosphere there was like a carnival. Wave-watchers shouted with a mixture of fear and excitement. As you can see my camera lens is blurred with water, as the waves often splashed and crashed high and far enough to get me wet. Some people standing on sidewalksÂ  screamed and then broke into laughter after they got soaked. I heard one woman say, “Now I don’t have to take a shower.”

Traditionally Duluth refers to the Gales of November, not October.