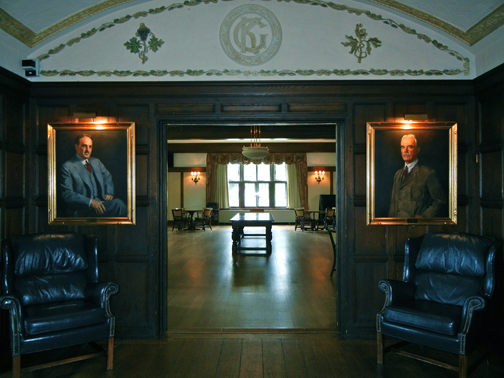 Inside the Gitchi Gummi Club. On the left is Chester Congdon. Right is G.G.Hartley.

The Kitchi Gammi Club was formed on October 1, 1883. At its first meeting were sixteen original incorporators who have been described as “individualistic men of prominence, respect and leadership in the community”. Throughout the years the Club has grown in both membership and vitality as a force in the community. Many prominent Americans and distinguished foreign visitors have been guests at the Club.

The name Kitchi Gammi is merely one spelling of the Ojibway name for Lake Superior, “big sea water”. The Ojibway language was extremely guttural thus different translations produced different modern spellings of the same Indian word. This is evidenced by the way Longfellow uses “Gitche Gumee” in his famous work “By the Shores of Gitche Gumee!!. There have been known to be as many as fourteen different spellings for “Kitchi Gammi”. 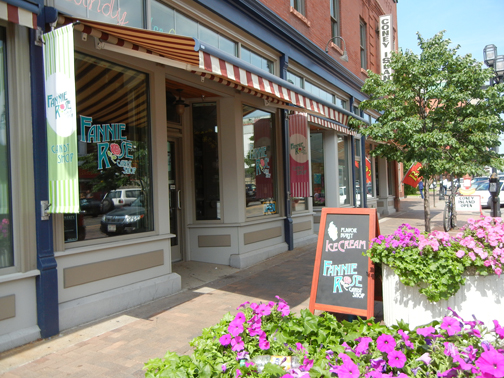 Fannie Rose is a candy shop on Superior Street. According to the websiteÂ  fannierosecandy.com Handsome mahogany cabinets with glass fronts will tantalize customers with fine chocolates, sugary delights, gourmet/flavored popcorn and soft-serve ice cream. Â With expansive window displays that beckon for a visit, the Fannie Rose Candy Shop will transport customers into the past.

Today, after church at theÂ  First United Methodist Church a.k.a. the Coppertop, I spotted this ironic site, A pick-up with advertising for the Thirsty Pagan. It isÂ  especially ironic when you know the Methodists and their historical stance on alcohol.Â  Here is the United Methodist official stance on alcohol: “We affirm our long-standing support of abstinence from alcohol as a faithful witness to God’s liberating and redeeming love for persons.”Â  I doubt most people who attend the church (and those who don’t) even know about that tradition of the United Methodist Church. It seems people have really relaxed their standards. Nowadays Methodist drink at wedding dances and danceÂ  and play cards. 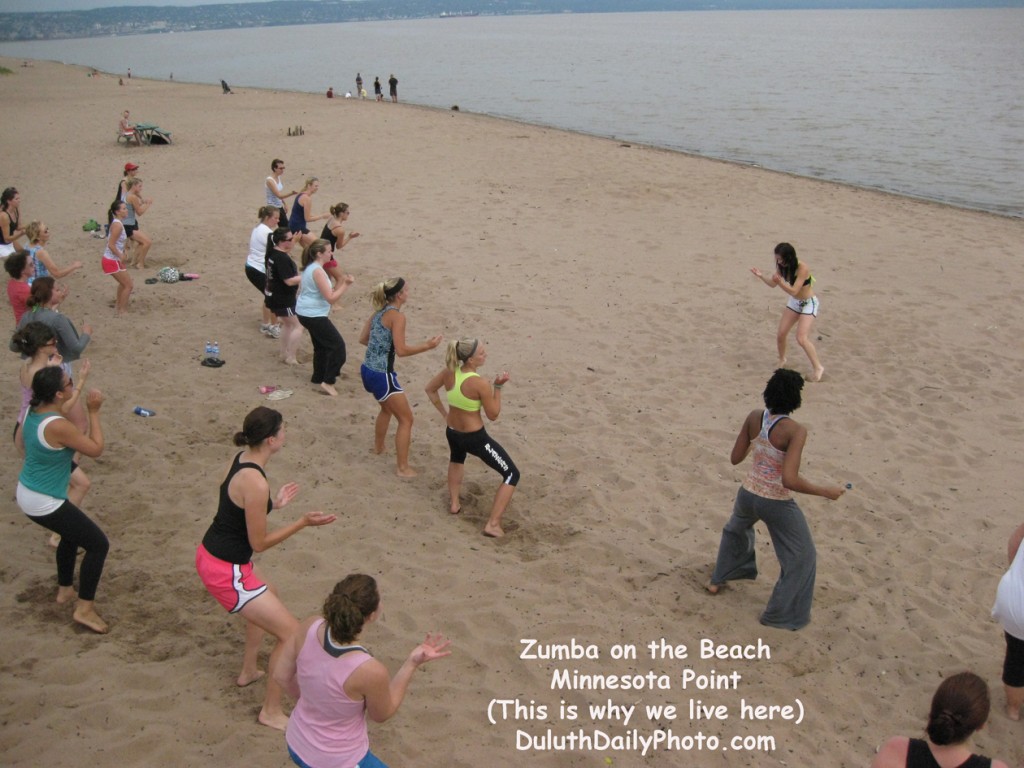 A group of people get together to exercise on Park Point or Minnesota Point beach. Here they are doing Zumba. There was a DJ playing music and over 50 people dancing and exercising under the guidance of about 4 leaders who took turns.Â  FindÂ  a Zumba fitness party near you here.

When I told my husband I wanted to do Zumba on the beach, he asked, “What’s that a drink?” 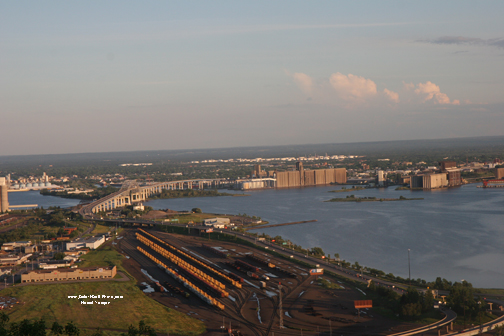 This is the train tracks near Garfield Avenue. In the background is Superior with the Blatnik or High Bridge in the middle. 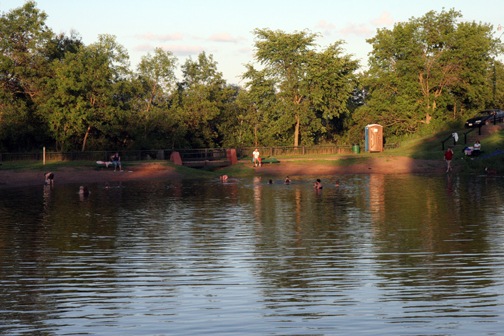 Tuesday evening was hot and muggy. Many people went for a dip in one of the Twin Ponds near Enger Tower. 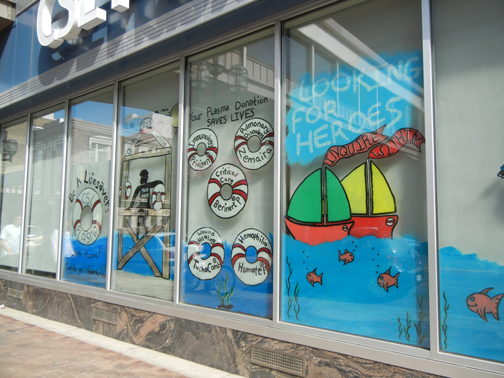