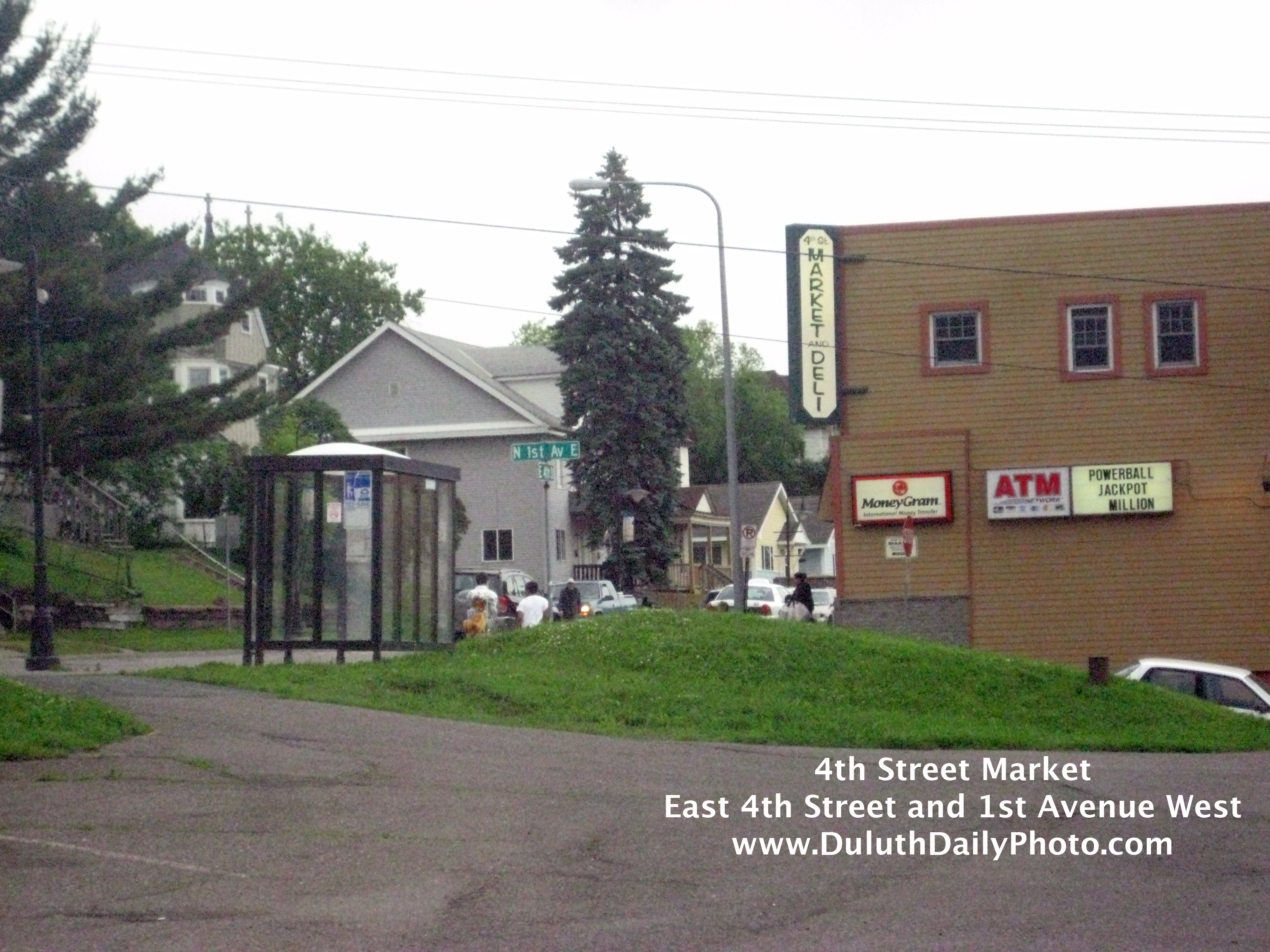 Residents are happy the the 4th Street Market is back open. Many Central Hillside residents don’t have a car and this market is within walking distance. 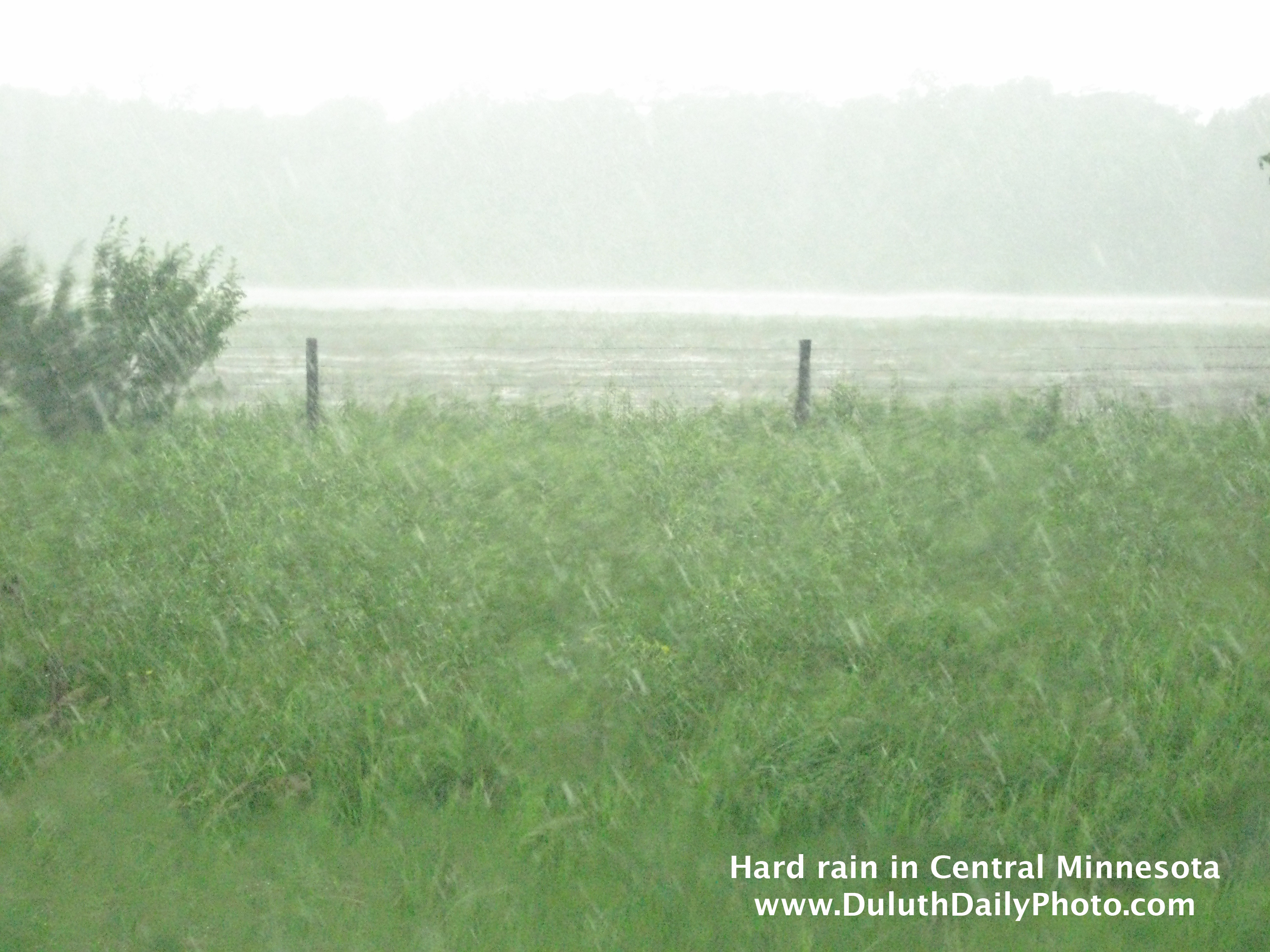 I ran into some hard rain in Pine City, Minnesota 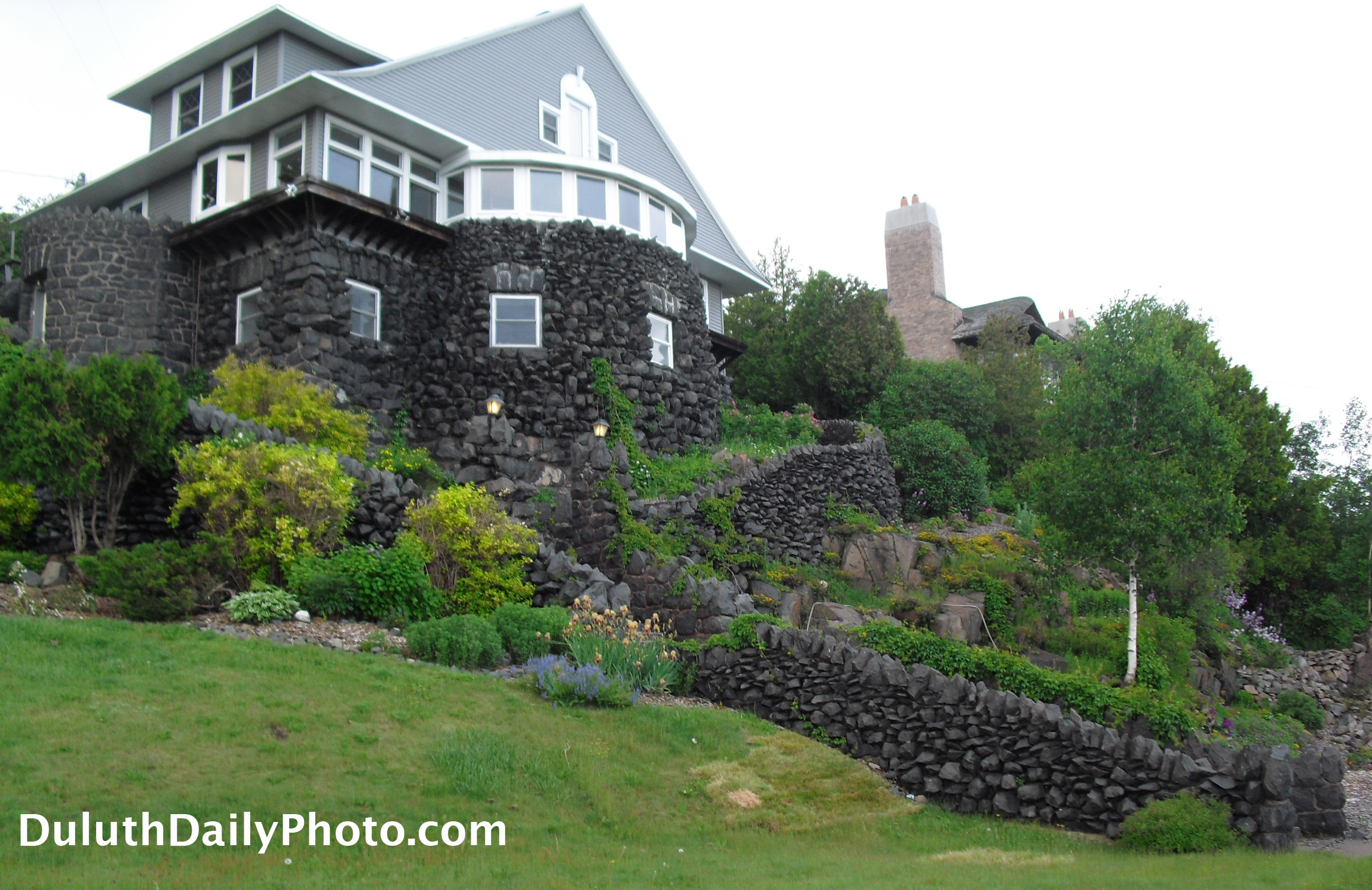 This house at 501 W. Skyline Parkway was commissioned to by built in 1900 by Arthur and Ella Cook. It was designed by I. Vernon Hill. Read more in the book Duluth, MinnesotaBy Sheldon T. Aubut, Maryanne C. Norton When we went by this evening they was a man on the gardens on the cliff to the left of the house. He teased us to come up there and help him. There is also a trolley from the garage to the house to help the occupants get their things, like groceries I suppose, up intp the house. 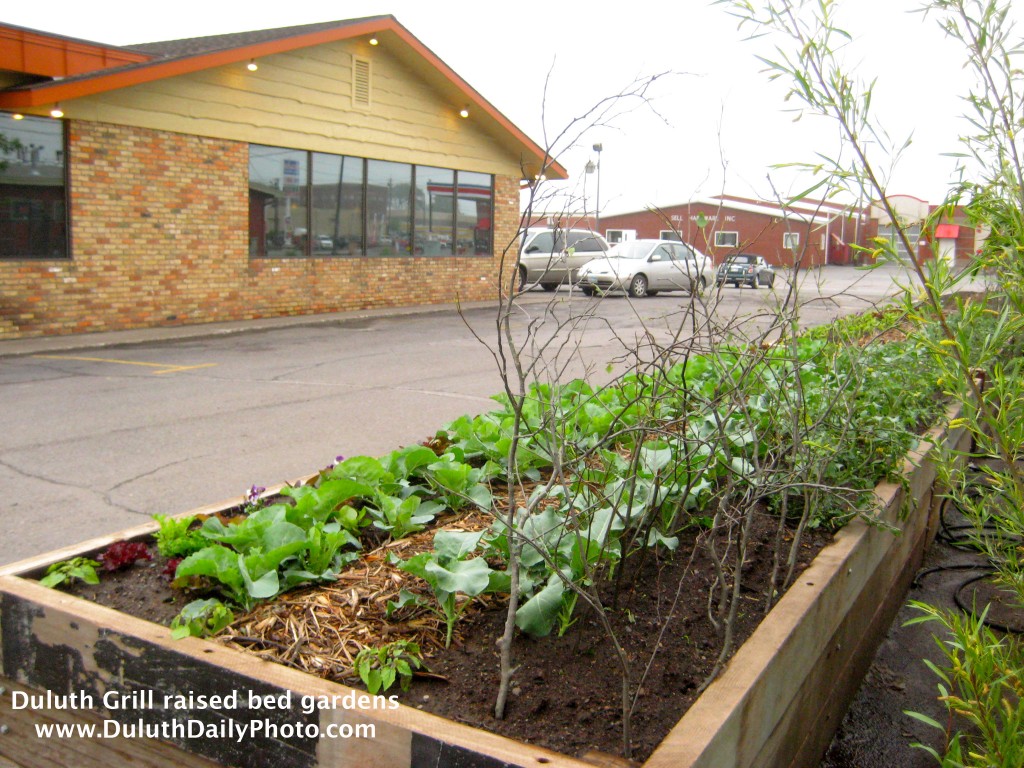 I saw these gardens when I dropped of my Everyday Duluth Calendars. We made a special display for them and Tom Hansen, the owner, is displaying them on the front counter. 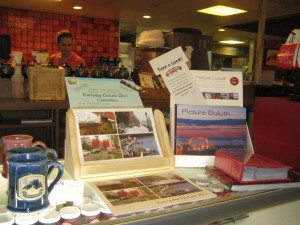 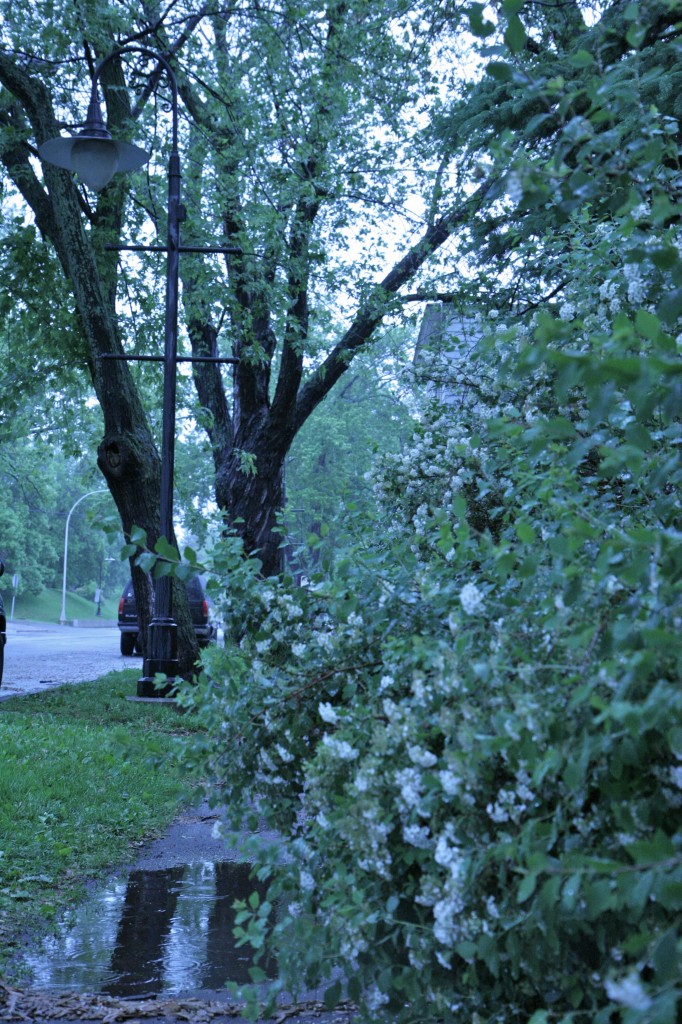 We are having rainy days. 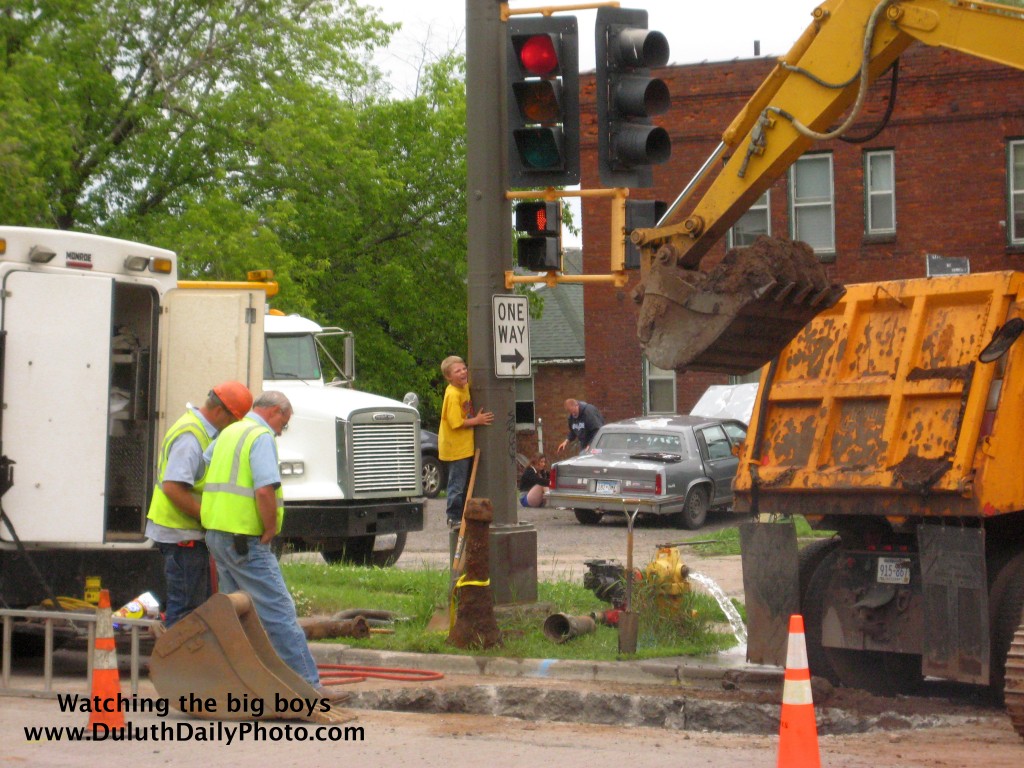 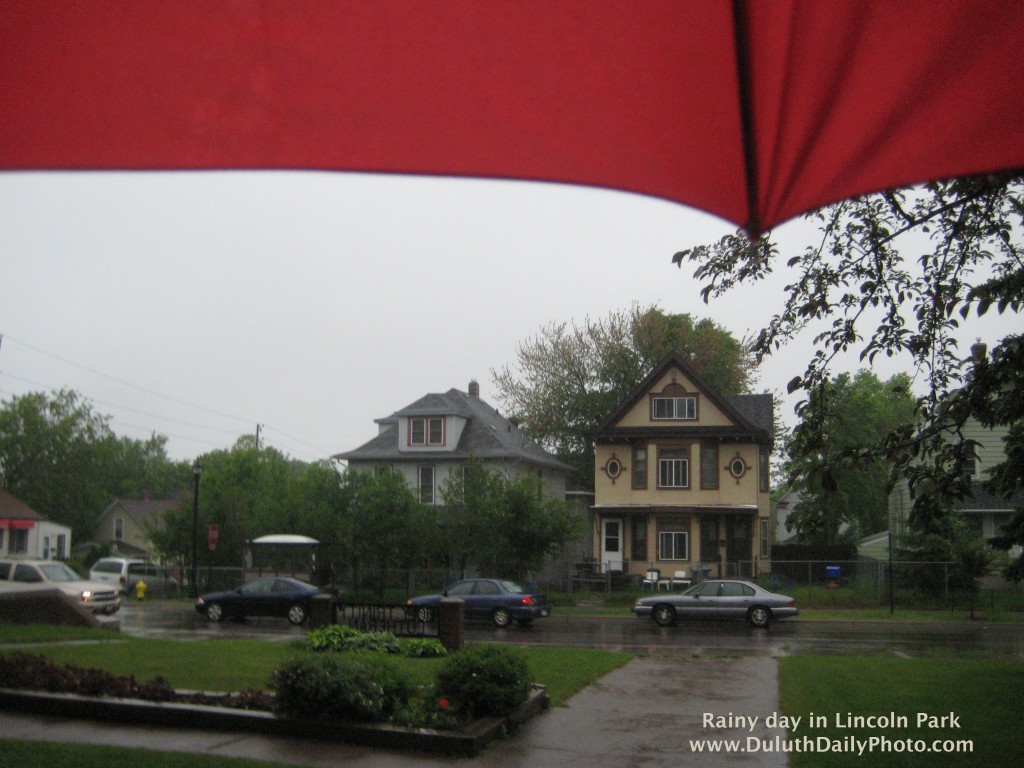 It rained most of the day today. 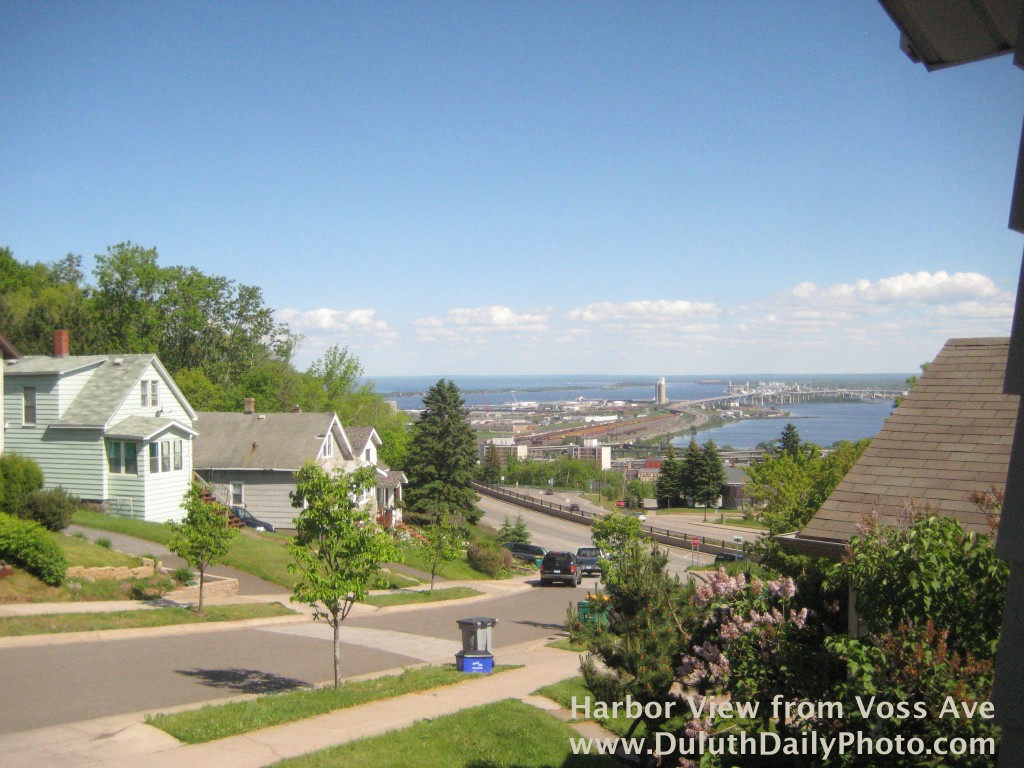 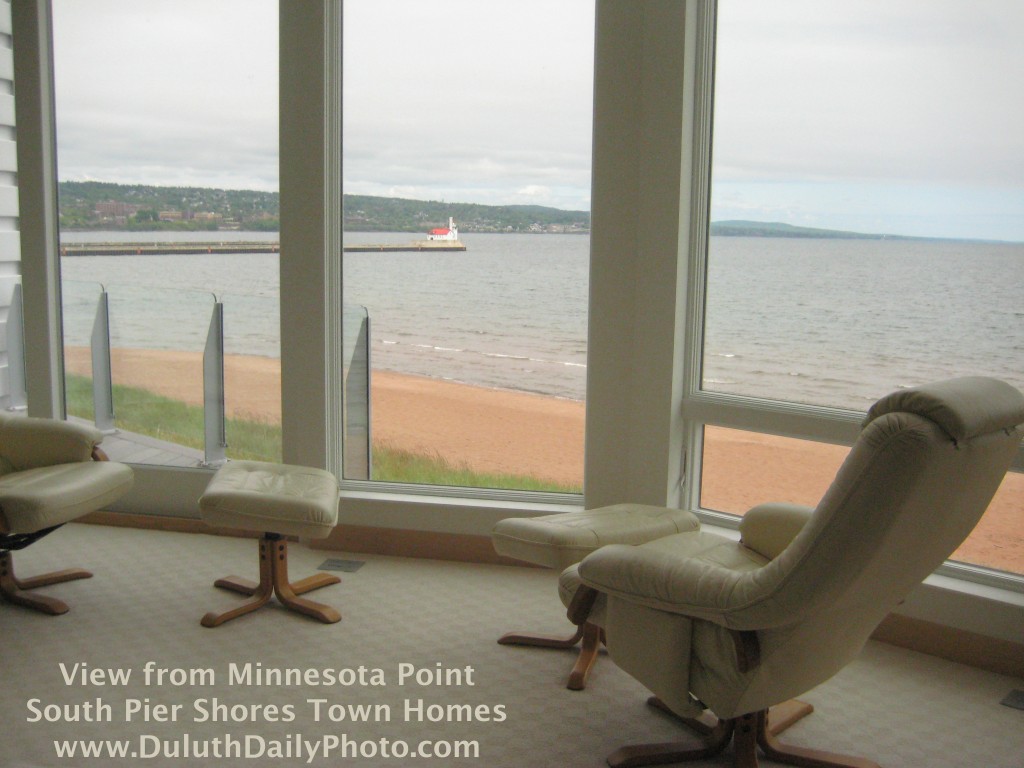 We dropped in on an open house at South Pier Shores Townhouses…what a view! 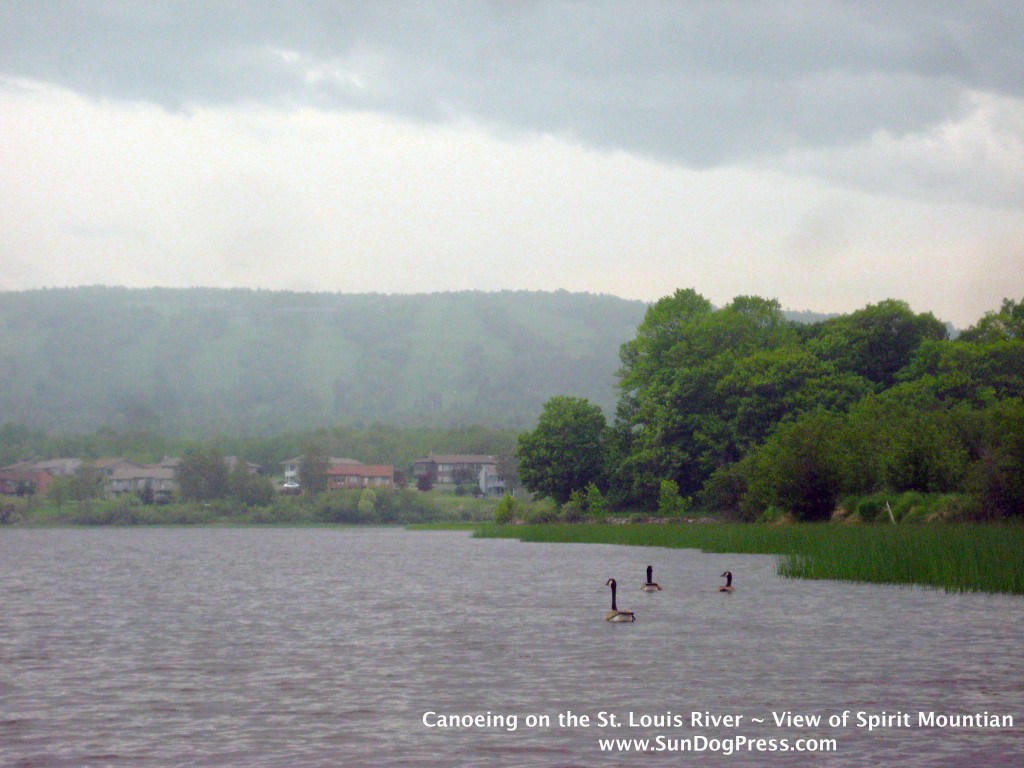 Although it was foggy and rainy, we canoed today on the St. Louis River. Here, some Canadian Geese float on the river, with Spirit Mountain rising above in the background. We rented the canoes from Indian Point Campground.